I love hummus (houmous in British English) as a dip with snacks or a side and because it’s a great source of fibre and protein you can enjoy it all day long. It’s also easy to mix it up with different flavours, such as chilli, roasted pepper, and caramelised onion. Food blogger “Bon Appetit” has gone as far as developing 20 different flavour style, which you can check out here. Now without further ado…

This recipe makes about 300g of hummus, depending on how much liquids you add, which should be enough to serve 6 portions or keep as a central dip for a table.

This recipe is my take on food blogger “inspired taste” extremely popular hummus recipe. Although I agree with them that the penultimate texture is a bit rough, I’ve found that only adding water subtracts from the flavour, hence I suggest using olive oil to prevent this. I also found the garlic and lemon to be coming through a bit strong, so really use a small garlic clove (I just took too much liberty choosing a bigger one). Experiment with spices to complement the chickpea flavour- particularly “sumac” which is raved about on other blogs though I’m yet to get my hands on some.

Store in the fridge for about a week, or freeze for an extended period (allow for expansion once frozen, i.e. don’t fully pack in).

I admit this still leaves something lacking compared to quality store-bought hummus, yet it should be superior. I’ll be updating as I refine the texture and flavour for the perfectly satisfying hummus. I’ll be getting my brother (somewhat of a hummus connoisseur) roped into tasting trials whether he knows it or not yet!).

For super smooth hummus, peel the chickpea skins off which will take about an extra ten minutes per tin (try this when you have guests, as I don’t find the extra time worth it for my everyday hummus). Dry chickpeas can be used at 250g cooked weight, and will come out with slightly better fresher flavour but less convenient.

Fresh lemon juice is better than bottled but again it’s down to what you have available. I’ve been using homemade tahini, not because it’s better but because I don’t have any other uses to buy it from the store (recipe link tbc). On that note hummus can be made without tahini, which is just finely ground sesame seeds and oil, but I’ll leave that to your experimentation.

I’ve listed both the approximate recipe cost & overall product cost based on prices at time of writing. The starred items represent areas of possible further savings and alterations.

The biggest opportunity for cost save is making the tahini from scratch, which is very easy (method link to be update here). Chickpeas can be bought in bulk, i.e. tins of four or dry bags, and likewise with lemons (Alternatively use lemon juice concentrate). As listed, this works out at a cool 22p per portion, and gives you the flexibility to upscale very easily. I will often cook double the amount, and keep it in the fridge and some in the freezer. There’s also many different flavour combinations to play with, some of which I will write another article on.

This makes about 300g of hummus, depending how much liquids you add. It’s a good source of fibre, protein, and as long as you use extra-virgin olive oil it’s a healthy fat. Olive oil (as part of a Mediterranean diet) has shown to have many health benefits, including Prevention of Cardiovascular Disease and Reduction of diabetes (click the links for scientific papers on both).

The nutritional breakdown is an approximation provided by “verywell”, and will vary depending on the exact ingredients used. 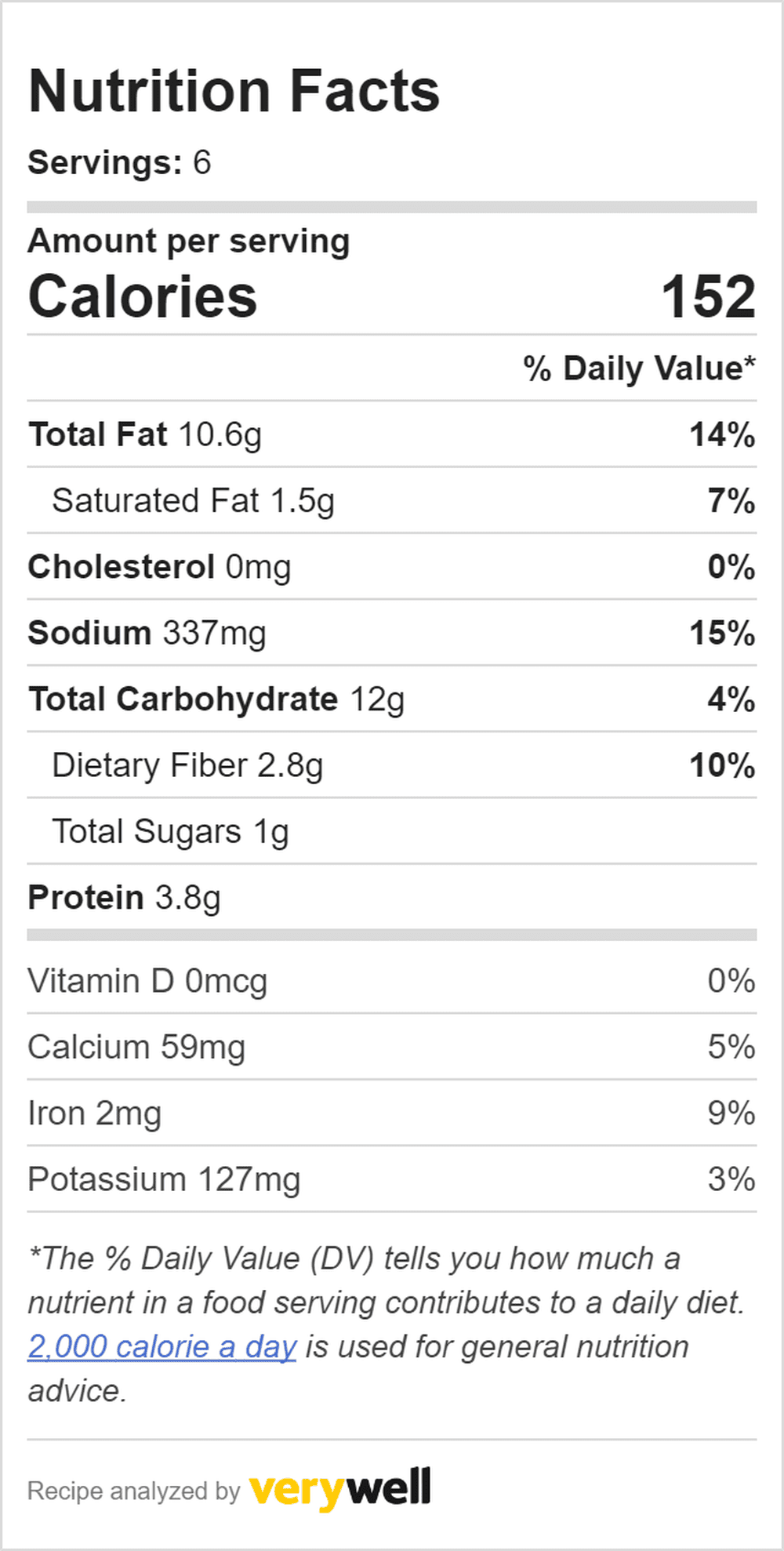